U.S Secret Service busied with the investigation on FaceBook's poll. 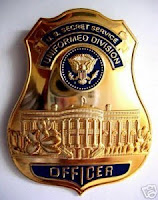 United States Secret Service, an agency to protect the president, has started its investigating after FaceBook's user created a poll asking if President Obama should be killed. A site member built a poll using third-party applicaiton on FaceBook that allow users to create polls, asking whether the president should be killed or not.
"As is usually the case, our vigilant users reported it to us first" FaceBook spokesman Barry Schnitt told CNN. "U.S Secret Service sent us an email late Monday morning (PDT) asking us to take it down. At that point, it had already been removed and we let them know." he said.
"The poll appears to have been posted over the weekend" he added.
FaceBook allows third-party developers to create applications such as games, polls and quizzes, which can be made available to its users. Users may choose their contents available to general public or only to their friends. In this case, poll was launched available to general public.