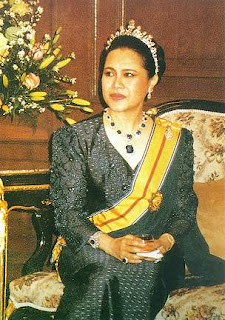 Her Majesty Queen Sirikit's birthday on August 12 is a public holiday, celebrated nationwide as Mother's Day. Individual people and organizations raise flags and portraits of Her Majesty in Bangkok and all over the kingdom.

Born M.R. Sirikit Kitiyakara in 1932, Her Majesty the Queen has captured the hearts of the Thai people through her devotion to improving the welfare and well-being of her subjects. The Queen is perhaps best known for her efforts in reviving many of Thailand's folk arts and crafts. Her Majesty's SUPPORT Foundation (Foundation for the Promotion of Supplementary Occupations and Her Majesty the QueenRelated Techniques) has expanded progressively since its establishment in 1976 to include craft shops in the city and popular tourist areas, and two Thai Folk Arts and Crafts Training Centers at Chitralada Villa and at Bangsai in Ayutthaya.

On Her Majesty's birthday, one of the best places to join in the celebrations is on Bangkok's Ratchadamnoen Avenue and the areas around the Grand Palace, which are festooned with colorful lights, flowers and portraits for this special occasion.

Email ThisBlogThis!Share to TwitterShare to FacebookShare to Pinterest
Labels: Anniversary