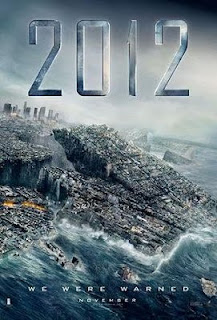 2012 is an upcoming American science fiction disaster film directed by Roland Emmerich. The film has an ensemble cast, including John Cusack, Amanda Peet, Danny Glover, Thandie Newton, Oliver Platt, Chiwetel Ejiofor, and Woody Harrelson. The film will be distributed by Columbia Pictures. Filming began in August 2008 in Vancouver; the film is expected to be released worldwide on November 13, 2009.

2012 was originally scheduled to be released on July 10, 2009. The release date was changed to November 13, 2009 to move out of the busy summer schedule into a time frame that the studio considered to have more potential for financial success. According to the studio, the film could have been completed for the summer release date, but the date change will give more time to the production.

Source and More at : wikipedia

Email ThisBlogThis!Share to TwitterShare to FacebookShare to Pinterest
Labels: Movies